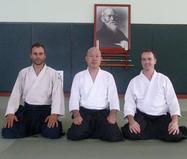 Senior instructor at the Shoshinkan Aikido Dojo is Krasimir Ninov Sensei, 3rd Dan Aikikai. Krasi has been practicing Aikido for more than 15 years and in 2017 he was awarded sandan (3rd degree black belt) by Yukimitsu Kobayashi Shihan from the Aikido Hombu Dojo in Japan. Krasi is the main instructor for all the children's Aikido classes at the Vratza Dojo. 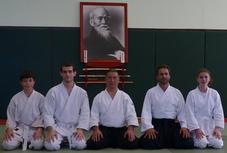 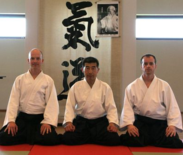 Chief instructor at the Shoshinkan Aikido Dojo is Dave Donohoe Sensei, 5th Dan Aikikai Shidoin. Dave has studied Aikido under John Rogers Shihan (6th Dan) in Ireland for the past 25 years. In 2000 Dave moved from Ireland to Bulgaria and opened the first Aikido dojo in the city of Vratza. Since 2008 the Vratza Aikido Dojo has been a member of the National Aikido Union of Bulgaria which is officially recognized by the Hombu Dojo (World Aikido Headquarters) in Tokyo, Japan. 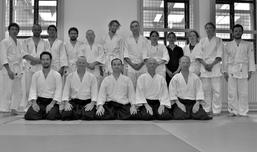