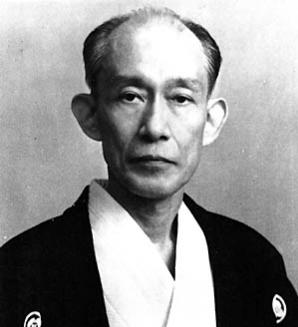 Aikido is a natural movement martial art to co-ordinate mind and body for health, defense and self-development. Aikido is primarily concerned with the education and development of character, the co-ordination of mind and body, and fostering a positive attitude and spirit of peace through training in physical and mental self-discipline. Based on graceful circular movements, Aikido is a sophisticated self-defense training method incorporating deep breathing and flexibility training as well as a wide range of movements and techniques. Aikido is a modern development of Japanese martial tradition. Through the practice of Aikido one’s character is developed so that one’s strength is expressed softly in movement. This is exactly like nature: nature’s movements are efficient, rational and soft, but the center is firm and stable. 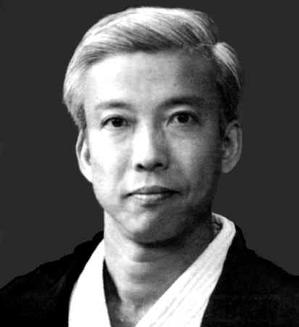 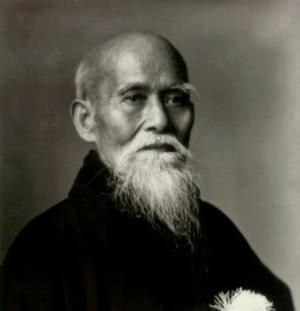 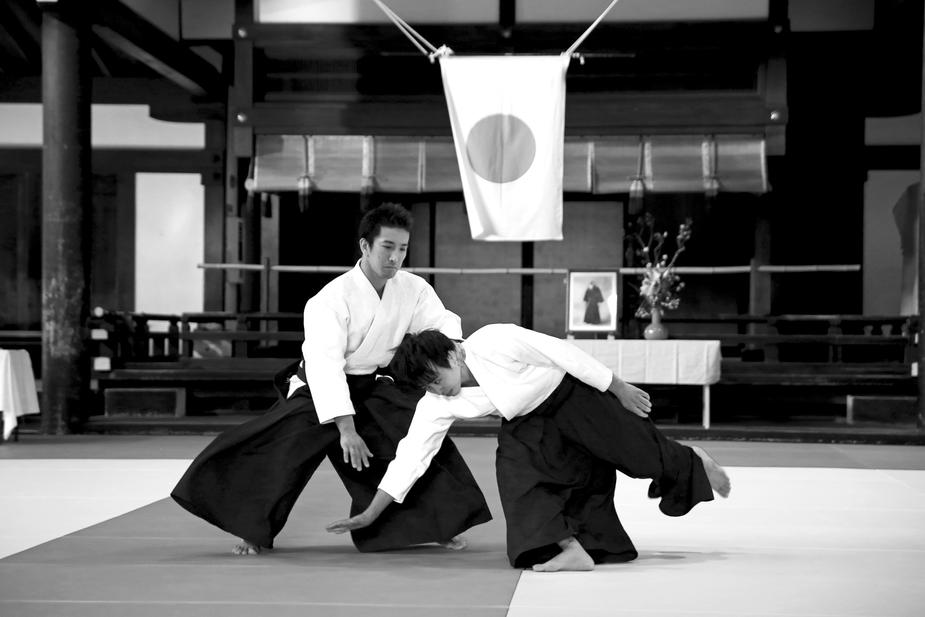 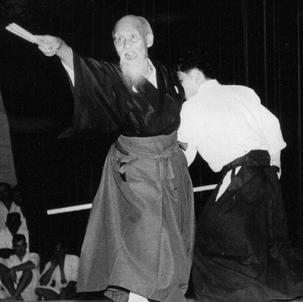 Aikido was developed in the early part of the last century by Morihei Ueshiba (1883-1969), now known as O-Sensei (venerable teacher). Morihei Ueshiba O-Sensei was born in 1883 in Tanabe, a coastal town in southern Japan. From the time of his youth, he studied various martial arts, eventually including sumo, swordsmanship, spear technique, staff technique, and various styles of jiujutsu, particularly the Yagyu and Daito styles.

“There are no contests in the Art of Peace. A true warrior is invincible because he or she contests with nothing.” – O-Sensei

The time of O-Sensei’s life saw Japan involved in some of the most violent conflicts of the 20th century, culminating in the Pacific war. However, it was during this time that he founded Aikido and declared it to be a way of joining the peoples of the world together in peace. In this way, Aikido is truly Budo – a martial Way – rather than simply a bujutsu (martial technique) or bugei (martial art). When martial training is undertaken not simply as a means to conquer others, but as a means to refine and perfect the self, this can be said to be Budo. The famous motto of O-Sensei, “Masakatsu Agatsu”, contains the essence of the spirit of Aikido: “True victory is victory over the self.”

Morihei Ueshiba’s incredible technical expertise and charisma brought him tremendous support from high-ranking military officers, government personnel, and the Imperial family during his life. Following his death in 1969, he was posthumously awarded an Imperial medal for his unique contributions. However, recognitions and honors aside, it was the universality of his insights, and his vision of the martial Way being open to all sincere persons internationally, which have led to the phenomenal growth of Aikido. The noblest philosophies and intentions of the samurai have become a part of world culture, and give spiritual sustenance to millions of persons of all cultures; this is largely due to the groundbreaking influence of Morihei Ueshiba O-Sensei.

Kisshomaru Ueshiba, son of Morihei Ueshiba, was born in 1922. From early youth, he trained under the guidance of his father. During the confusion of the wartime period, when allied fire-bombings reduced much of Tokyo to ruins, it was he who remained in the city and preserved the original dojo building. Following the war, as Aikido entered its golden age and began to attract public attention, he was instrumental in leading and organizing what would become the Aikikai Foundation – the government-recognized, not-for-profit organization which exists today as the center of world Aikido. Upon the death of O-Sensei in 1969, Kisshomaru Ueshiba was named the second Doshu of Aikido.

“One becomes vulnerable when one stops to think about winning, losing, taking advantage, impressing or disregarding the opponent.” – K. Ueshiba Doshu

From that time on, Kisshomaru Ueshiba quietly went about the business of spreading Aikido internationally. The tremendous expansion of the art, and the now millions of practitioners, can largely be called his creation. It was he who coordinated the sending of Japanese Shihan overseas, thereby founding and developing the seeds of large organizations in other nations. He also maintained the strong support of government officials and businessmen in Japan, and built new support of this kind internationally. His many publications of Aikido technique and philosophy have further spread Aikido’s influence. The high educational and professional standards of Aikido, and the respect it has gained, are a result of these efforts. In 1999 Kisshomaru Ueshiba died in Tokyo, having successfully transformed the vision of his father into an international movement.

Moriteru Ueshiba, son of Kisshomaru Ueshiba, was named the third Doshu shortly after his father’s death; before that time, he had served as the Aikikai Hombu Dojo-cho (headquarters dojo director).

Mitsuteru Ueshiba Sensei, the current Hombu Dojo-cho, and great grandson of O-Sensei, visited Bulgaria in 2015 to teach an international Aikido seminar in Sofia to celebrate 30 years of Aikido in Bulgaria and the 25th Anniversary of the Bulgarian Aikido Federation.